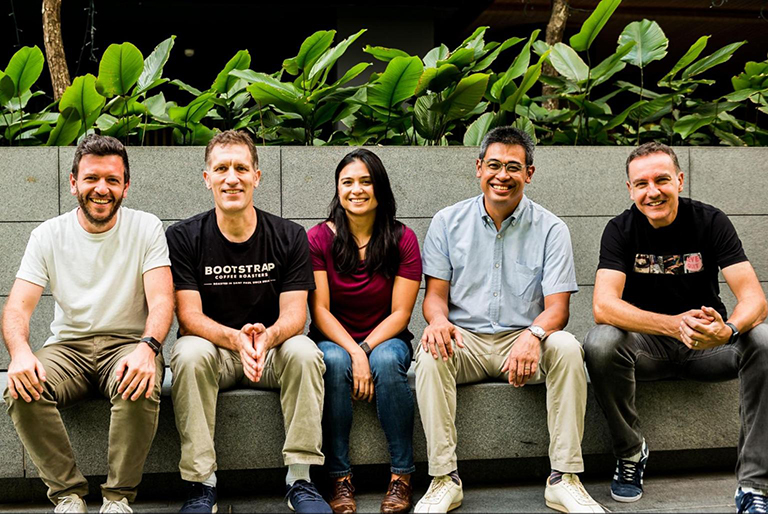 SINGAPORE, October 28, 2021 – Wavemaker Partners has launched Wavemaker Impact, a first-of-its-kind climate tech venture builder in Southeast Asia, targeting to raise US$25 million for its first fund. Climate change is an existential threat for the region, with three of its largest cities facing the threat of being underwater by 2050. The founders of Wavemaker Impact believe that entrepreneurs will drive solutions to climate change and aim to launch companies that will reduce 10% of global emissions by 2035.

The founding team at Wavemaker Impact comprises veterans that have invested in and helped build over 35 sustainability startups, and have stellar track records in growing successful and scalable businesses. They include Steve Melhuish, PropertyGuru founder and impact investor; Doug Parker, ex-COO of Nutonomy; Paul Santos, Managing Partner of Wavemaker Partners in Southeast Asia; and Quentin Vaquette and Marie Cheong, who built more than 10 climate tech startups during their time at ENGIE Factory, the Asia-based venture arm of a global low-carbon utility.

Tapping on the Wavemaker platform, Wavemaker Impact entrepreneurs will have access to a network of global investors, advisors, and corporate partners.

According to Marie Cheong, “With existing technology, we already have the solutions to cut global carbon emissions by 50%, but we need to create incentives to disrupt traditional businesses, change behavior, and drive adoption.”

Wavemaker Impact has identified high-growth and scalable opportunities in climate change with a total potential market worth US$2.7 trillion in Southeast Asia alone, and is looking for investors, entrepreneurs, and founders to join them in their rapid decarbonization efforts.

Cheong outlines the role that Wavemaker Impact is playing: “A lot of entrepreneurs want to make an impact, but don’t know where to start and that’s where we come in.”

Steve Melhuish elaborates on their way of working: “Unlike other climate funds, we don’t just write checks—we roll up our sleeves and co-found these businesses, helping identify the biggest opportunities, acquire the first customers, develop scalable business models, build product prototypes, and build the best teams.”

The Wavemaker Impact team has already identified over 50 opportunity areas with the potential to reach US$100 million in annual recurring revenue and abate 100 million metric tons of carbon at scale—what they call ‘100 x 100 companies’. These high-growth opportunities present themselves in sectors like land use and carbon sinks, agriculture and food, industrial processes, and energy. The team aims to target the biggest sources of carbon emissions in Southeast Asia—where significant impact is possible.

Launching a climate-focused fund is a natural move for Wavemaker Partners, as the firm itself is committed to sustainability, with a number of initiatives over the last 18 months. The VC launched “Green Wave” last year to help the Wavemaker team and its community become more sustainability-focused—some of the efforts taken under the initiative include going carbon neutral, mapping its portfolio of startups against the UN Sustainable Development Goals, and running sustainability workshops for founders.

Paul Santos adds, “We know what successful ventures look like in Southeast Asia and we have the expertise. We are all set to go. All we are looking for is like-minded people to join us on this exciting journey.”

Wavemaker Impact is a climate tech venture builder that co-founds sustainability-focused businesses in Southeast Asia with proven entrepreneurs. It aims to rally individuals, investors, and businesses who care about the planet, and want to make a rapid, tangible change in the reduction of carbon emissions.

About the Founding Partners

Marie is a venture builder with experience in early stage startups and corporate innovation and has worked with over 20 entrepreneurs to help them build their businesses. In the last two years, Marie has focussed exclusively on launching climatech startups in Southeast Asia and is passionate about increasing the pipeline of women founders in the sector.

Steve is an entrepreneur and impact investor who has built businesses in Asia and Europe. This includes most recently as co-founder of PropertyGuru Group, which he led as CEO for the first 10 years, helping grow the business into a Southeast Asia market leader used by 37 million people monthly. Since 2018, he’s focused on climate change and social impact. Steve supports a number of sustainability programmes and social causes and is an angel investor and mentor to approximately 20 Asian greentech startups.

Doug is a deep tech entrepreneur, having built and exited nuTonomy, one of the very few successful self-driving car companies. He is now 100% focused on investing in clean tech, including green energy, climate change, and water and waste technologies.

Paul Santos is Managing Partner of Wavemaker Partners and led the establishment of the venture capital firm’s Southeast Asia office in 2012. Wavemaker is Southeast Asia’s go-to investor for enterprise and deep tech startups - out of 140+ companies it has backed, 120+ (85%) are in enterprise and deep tech. With over US$180 million in AUM across three funds, Wavemaker has seen 10 exits valued at close to US$700 million. These exits include TradeGecko’s acquisition by Intuit, and Moka’s and Coins.ph’s acquisitions by Gojek. Prior to starting Wavemaker Partners, Paul was an entrepreneur who co-founded six companies and sold three. He started his career as a product manager at Procter & Gamble.

Quentin has worked for 10 years in the renewable energy industry in asset development, project finance, and commercial development. He has built a successful climate-tech focussed corporate venture builder in Singapore and has built over 10 companies in Southeast Asia in areas such as hydrogen, solar, energy efficiency, cold chain, industrial processes, green finance, and more.

Wavemaker Partners is Southeast Asia’s go-to VC firm investing in enterprise and deep tech startups. Since 2012, it has backed 140+ companies, of which 120+ (85%) are in enterprise and deep tech. The firm has US$180 million in AUM across three funds in the region, and has seen 10 exits valued at close to US$700 million. Today, 70% of Wavemaker’s active portfolio startups in Southeast Asia are aligned with at least one UNDP Sustainable Development Goal. 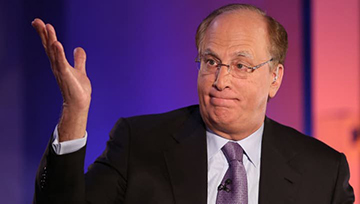 Blackrock CEO Larry Fink: The next 1,000 billion-dollar start-ups will be in climate tech

Blackrock CEO Larry Fink: The next 1,000 billion-dollar start-ups will be in climate tech

We are always looking for talented entrepreneurs, industry experts and corporate partners to help us launch impact-focused companies. Please let us know if you'd like to join the cause!

I want to be involved!